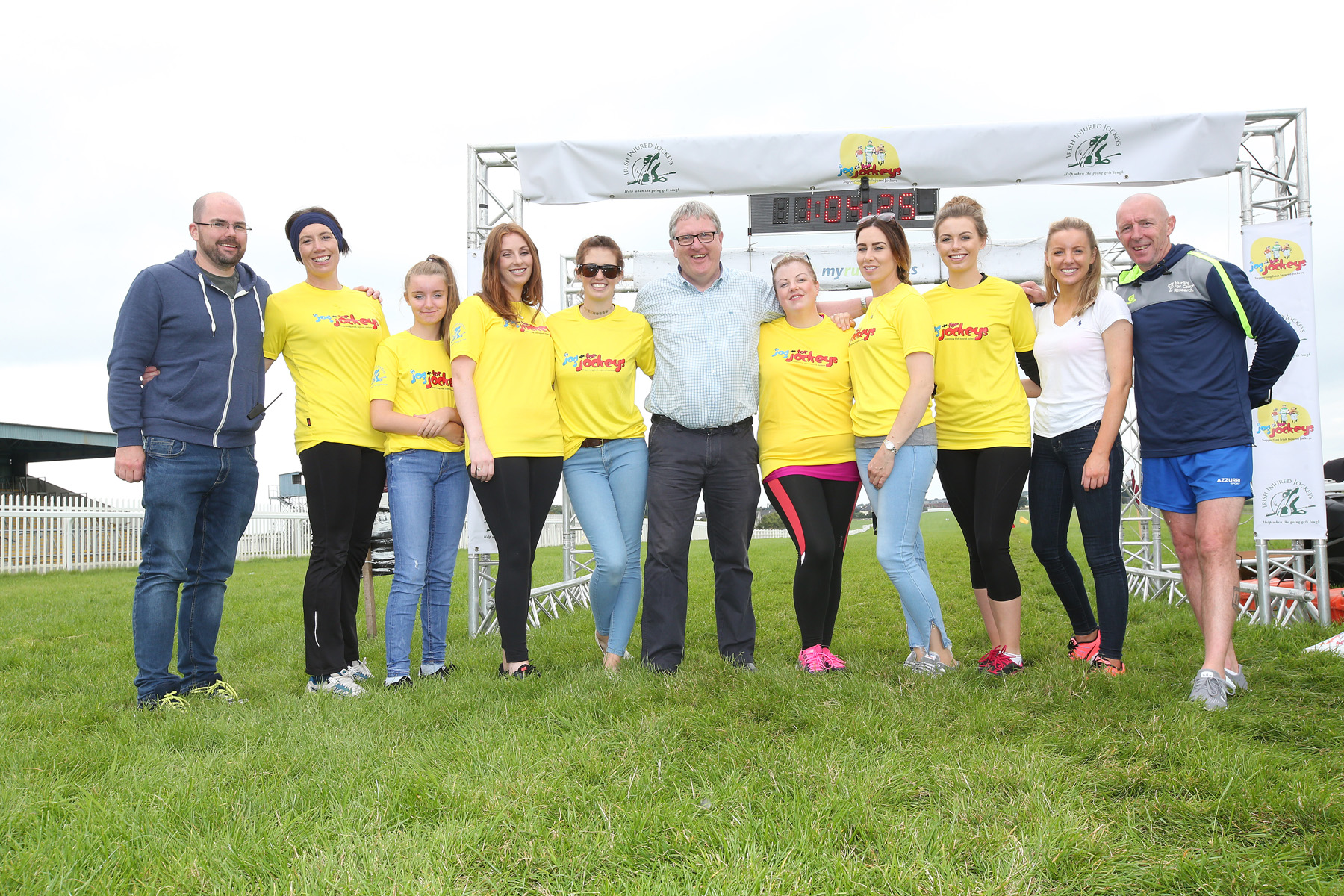 The seventh renewal of Jog for Jockeys 5km and 10km charity fundraiser, in aid of Irish Injured Jockeys took place at Naas Racecourse on Sunday August 27.

Last year’s 5km winner, ex-jockey, Kevin Coleman was first past the post again in a time of 18:18, followed very closely by jockey Keith Donoghue in 18:23. Michelle Cox from Newbridge AC was the first female to cross the 5km line in a time of 20:12, with Katie Young from Gordon Elliott’s, in second place at 22.09.

Patrick O’Connor from Lisselton, County Kerry defended his 2016 title in the 10km race with an impressive time of 37:33, followed by Pat Malone, former jockey and Turf Club Official, in a time of 37:40.  Elaine O’Donovan, head girl for Eoin Griffin and winner of the Horse Care Award at the 2017 Godolphin Stud and Stable Staff Awards was the first female home in the 10km race with a time of 46:59, followed by Helena Burns in 48:37.

Chairman of Irish Injured Jockeys Ruby Walsh was the official race starter and cheered on his wife Gillian and daughter Isabelle who both took part in the 5km race.

Michael Higgins, Irish Injured Jockeys General Manager, said: “I want to say a massive thank you to all the runners and volunteers who turned up to support Jog for Jockeys on Sunday. It wouldn’t have happened without them all. There was a great atmosphere and it was great to see so much competition between all the runners, especially in the 5km team event.  Donations can still be made at www.irishinjuredjockeys.com.”