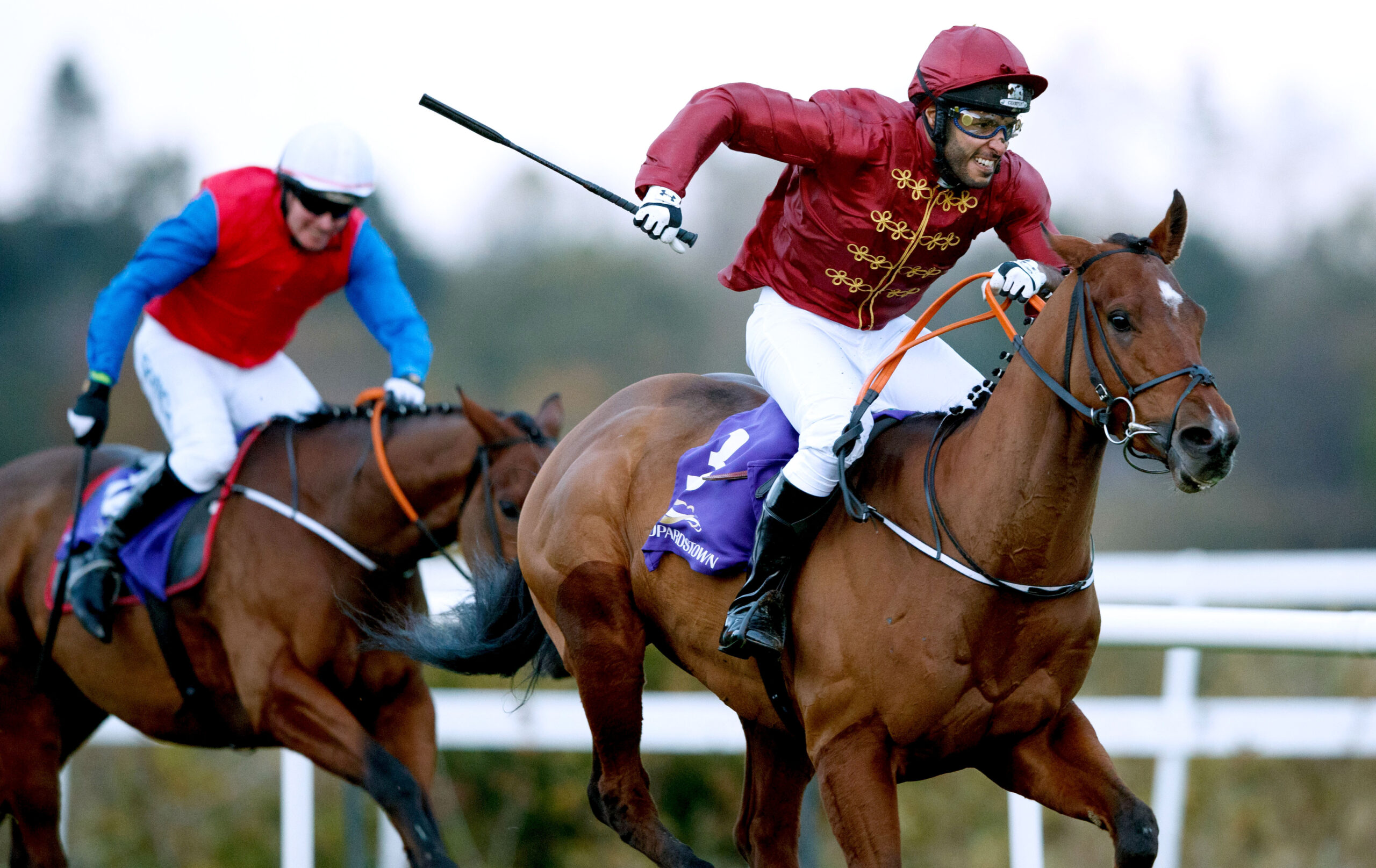 Sheikh Fahad Al Thani won the Corinthian Challenge race today (Sunday 22nd October) for Irish Injured Jockeys at Leopardstown, steering the Gordon Elliott trained ‘Brutal’ to victory in what was an exciting and competitive race.  He was followed in second place by Paddy Woods who had an exceptional ride with ‘Circling Moon’, trained by Kildare trainer, Mick Halford.  Third place went to ‘Ibsen’, ridden by Killian McCarthy. 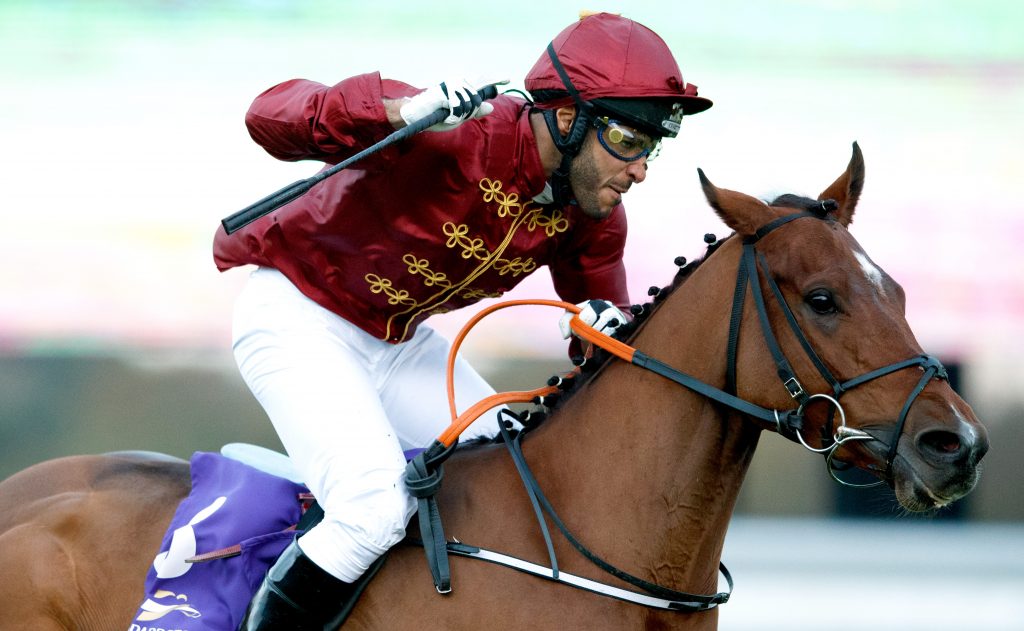 Lynne McLoughlin was crowned the outright winner of the Irish Injured Jockeys Corinthian Challenge series, finishing with 17 points.   Coming into the final race at Leopardstown Racecourse, Lynne had a clear lead of seven points over her closest rival, Killian McCarthy.

Lynne McLoughlin, who is from Baltinglass, Co. Wicklow, and works in the yard of Gold Cup winning trainer Jessica Harrington in Moone, Co. Kildare, was on board ‘Hey Hey Alejandro’ for the final race.  She made her mark early in the standings, winning the opening race of the series at the Curragh in July, while she managed a second-place finish in the second race at Gowran Park on September 16th.

“It feels great to be the winner of the Corinthian Challenge and to have been able to take part in this fabulous series of races,” said Lynne McLoughlin following the final race at Leopardstown. “To get the opportunity to ride on three of the best racecourses in Europe is not something many people can say that they have done. I must say that it was challenging getting to grips with competitive racing, but the team down in Jessie’s yard have been amazing in helping me.  At the end of the day it’s all about raising money for a worthwhile charity, and Irish Injured Jockeys is certainly that.”

Each rider was tasked with raising €10,000 themselves for Irish Injured Jockeys, which all goes towards injured jockeys in Ireland, and the final leg of the challenge saw 12 riders go to post at the famed Leopardstown track.

Michael Higgins, General Manager of Irish Injured Jockeys, said; “It’s been a great series and the atmosphere today at Leopardstown was wonderful, there was great support for the riders. Congratulations to Sheikh Fahad Al Thani on his win today and fair play to Lynne on a fine achievement of winning the Corinthian Challenge. She put in a lot of work and was a deserving winner. Great credit also goes to the rest of the riders, it’s a huge commitment and we are really appreciative of their efforts. The money that goes towards Irish Injured Jockeys is absolutely crucial for those who have been injured in the sport, and we thank all those who fundraised and contributed throughout this series for the cause.” 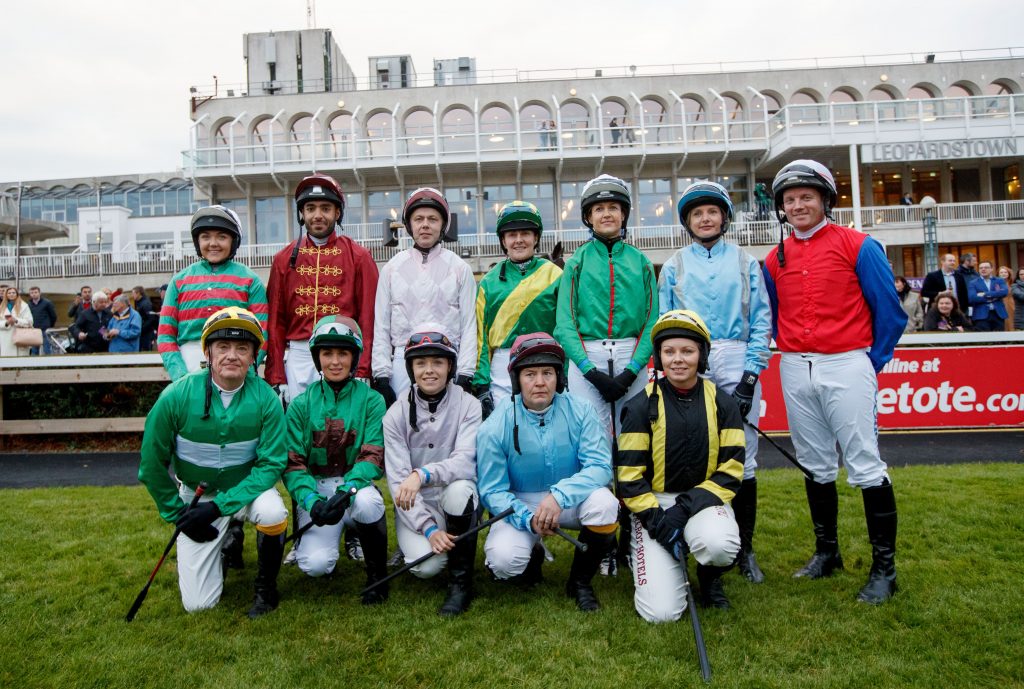