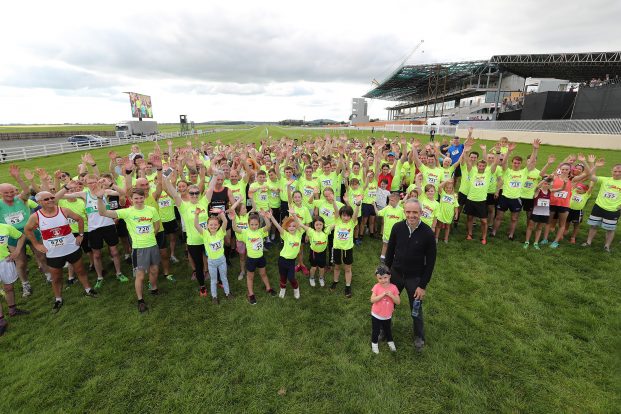 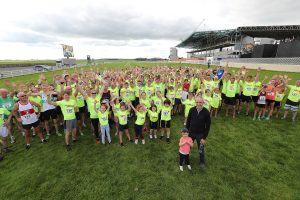 The racing industry came out in force to support this year’s Jog for Jockeys with jockey Emmet McNamara first past the post in the 2018 renewal of the Irish Injured Jockeys charity 5km race at the Curragh last Saturday.

An avid runner, Emmet completed the 5km in a brilliant time of 16:47, closely followed by Kevin Donagher from Rathfarnam AC in 17:37 and Paul Gibbons from Sliabh Buidhe Rovers AC in 18:00.

Former amateur rider, Michelle Cox was the first female to cross the line in a time of 19:22, beating her 2017 winning time of 20:12. Jennifer Pugh, former point-to-point Lady Champion who now works as a Medical Officer for the Irish Horseracing Regulatory Board came second in a time of 23:08 with Sophie Webber a close third, with a time of 23:25.

The winning team called ‘Jacksie’s Crew’ was also well represented by the racing fraternity and was made up by jockeys Keith Donoghue, Donagh Meyler, Bryan Cooper and Larry O’Carroll.

Chairman of Irish Injured Jockeys Ruby Walsh was the official race starter and cheered on his daughter Isabelle who came second in the girls under 12 category. Ruby’s wife Gillian and daughter Elsa also took part.

Michael Higgins, Irish Injured Jockeys General Manager, said: “Congratulations to all the runners who jogged for jockeys on Saturday. It’s very special for runners to get access to the world famous Curragh racecourse. There was a great atmosphere and it was great to see so much competition between all the runners, especially in the team event. We are very grateful to all the volunteers who helped on the day also. Donations can still be made at www.irishinjuredjockeys.com.” 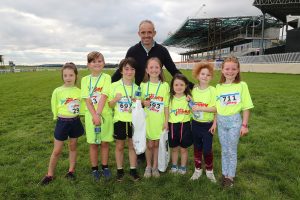 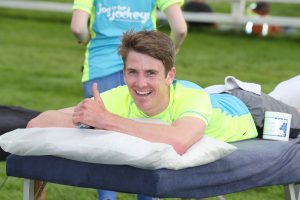 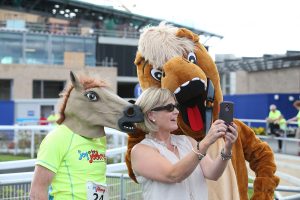 Full results are available on http://www.myrunresults.com