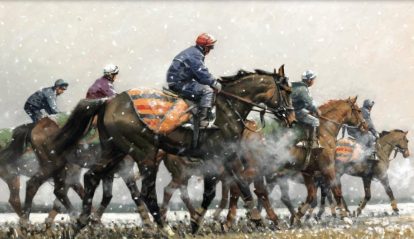 For a number of years, the Drogheda Memorial Fund (DMF) have traditionally sold Christmas cards and calendars to raise funds to support the great work that they do, assisting racing people in need. The Turf Club initially took responsibility for the production, sale and distribution of the products until 3 years ago when Irish Injured Jockeys took over that role with the proceeds still going to the DMF.

The good news is that in place of the traditional Christmas campaign, the DMF has teamed up with Irish Injured Jockeys and the Irish Horse Welfare Trust and collectively they are delighted to announce an exciting new fundraising initiative, the finer details of which will be released soon.

Essentially, this fundraiser will take place in the form of a luncheon, an address by a celebrity guest speaker and an online auction which will take place in January 2019. The 3 charities are sure it will prove an effective fundraising event which the public will engage with, given that the three charities combined cover all facets of the horse racing world; trainers, jockeys and horses.

The Drogheda Memorial Fund would sincerely like to thank everyone who purchased their cards and calendars over the years as well as the sellers who stocked and sold the products on their behalf. 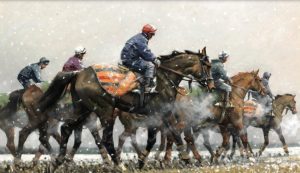