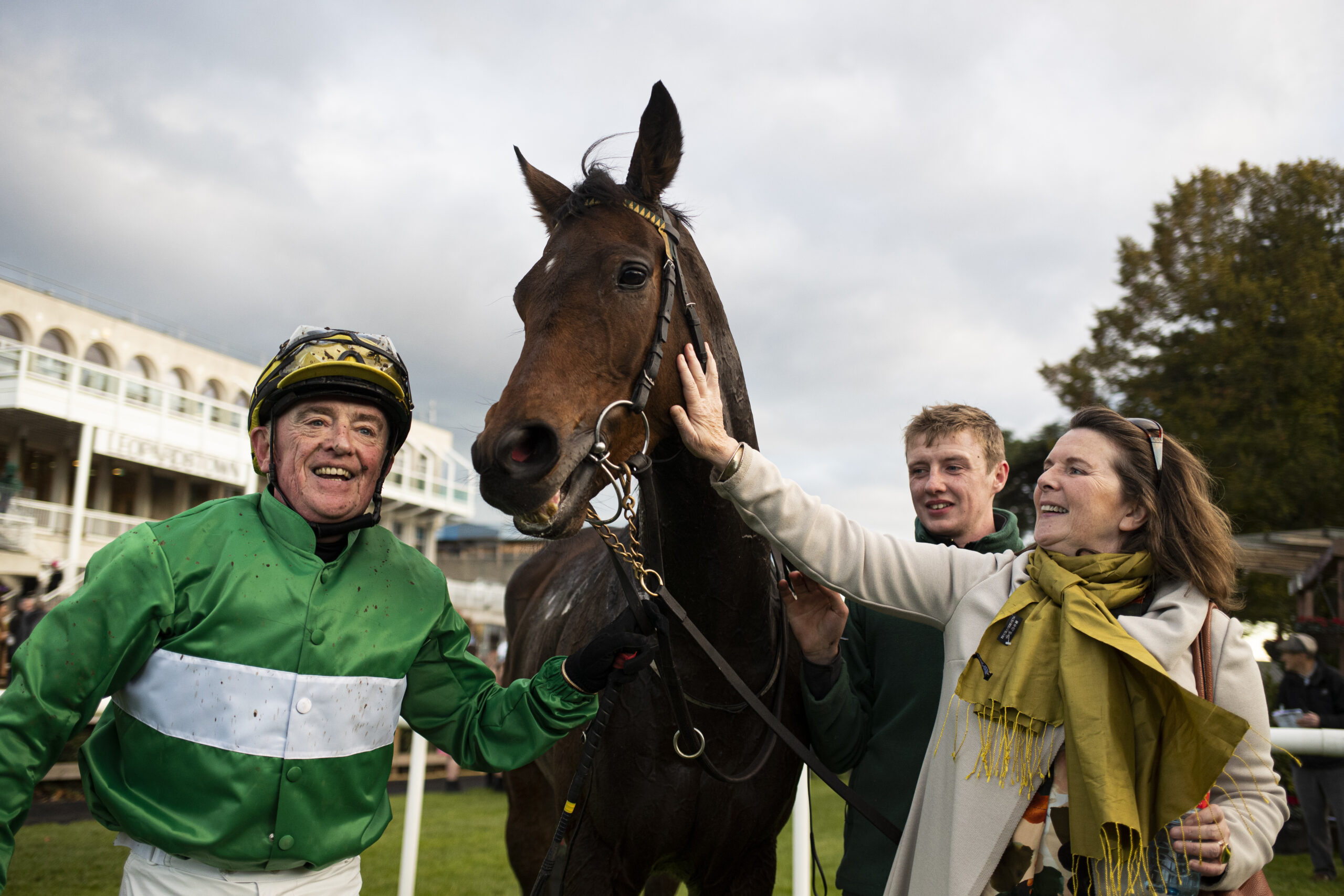 A total of twelve riders went to post in the final leg of The Corinthian Challenge Charity Race Series for Irish Injured Jockeys (IIJ) at Leopardstown Racecourse on October 26th. The series was won by Paddy Woods riding his own racehorse Dalileo, trained by Johnny Murtagh.

Paddy Woods from Julianstown, Co. Meath is no stranger to The Corinthian Challenge as this is his third time taking part in the charity race series and the first time he has been first past the post. About 6 years ago Paddy started back riding out for Mick Halford as a pastime and from there he got his Amateur Jockey Licence. Since then he has ridden in numerous charity and amateur races. Paddy started his working life in R.A.C.E. as an apprentice jockey and then followed on with the stud management course in the Irish National Stud. A career change mid-twenties saw him embrace the world of mobile communications software. He is a Director of Phonovation a technology software company and a very successful one at that, as it was deemed one of the Best Managed Companies for 2018 and 2019 by Deloitte Ireland.

Speaking after the race, Paddy said “To take part in The Corinthian Challenge Charity Race Series is a great personal achievement for anyone who signs up but to win it outright having tried my luck a couple of times now is pretty special indeed. To win the last two races of the series, riding my own horse Dalileo for Johnny Murtagh was mighty. He won the last race in Leopardstown in fine style which allowed my friends and family in attendance and at home watching on telly the chance to really enjoy it and cheer us home. It also gave me a chance to catch my breath and really savour the moment, you just can’t buy that kind of experience…it was incredible! I am delighted to have taken part in the series and urge anyone with it on their bucket list, not to waste another minute and sign up today. To be able to raise funds and awareness for Irish Injured Jockeys is an honour and a privilege and I feel very fortunate to be in a position to do so. It’s not too late to support myself and my fellow Corinthian’s, just visit corinthianchallenge.com”

Remarkably, no less than six participants went into the race on Saturday at Leopardstown in contention of that overall title. Paddy Woods came out on top on 23 points with Stephen Thorne, Assistant Trainer to Ado McGuinness finishing second on 17 points and Yvonne Connolly, Richard Lombard and Heather Heffernan dead-heated for the third spot on 10 points each.

The Charity Race Series is an extremely successful fundraising initiative and is now firmly established as an annual event for the racing charity as it draws to a close in this its fourth year. Thus far the series has raised over €400,000 for Irish Injured Jockeys, with this year’s participants raising in excess of €100,000 already with efforts ongoing.