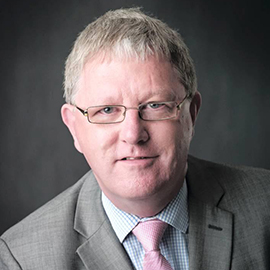 Michael Higgins, general manager of Irish Injured Jockeys was born and raised in Allenwood, Co. Kildare. Michael, who has a keen interest in horse racing since he was a teen, spent 28 years working with Bank of Ireland throughout the country in a variety of roles until he set up MH Consultants in 2011, who specialise in Financial and Business consultancy. He has a lifelong connection with the GAA, having begun as a player and progressed to the role of Chairman with local club Allenwood. Michael is married to Anne and they have one daughter, Orlaith. 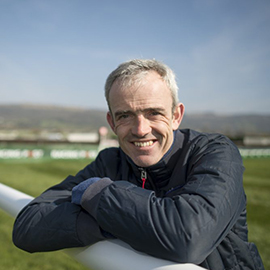 Ruby Walsh, Chairman of Irish injured Jockeys grew up in Kill, Co. Kildare. On his first season as a professional rider in 2000 at the age of 20 he won the English Grand National on Papillon, trained by his father Ted. He went from strength to strength and was crowned champion National Hunt jockey in Ireland for 12 years. Walsh enjoyed a glittering professional career and won almost every race worth winning in the world of National Hunt racing. He enjoyed remarkable success during his career-long association with Willie Mullins and Paul Nicholls. On 1st May 2019, Walsh announced his retirement from racing after a career spanning 24 years. The announcement was made after he rode Kemboy to victory in the Punchestown Gold Cup. It was the 213th Grade One winner in a resume that included over 2,500 victories, including a record 59 Cheltenham Festival wins and two Grand Nationals. 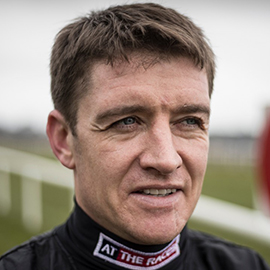 Barry Geraghty, Secretary of Irish Injured Jockeys, voted as RTE Sports Personality of 2003. The same year he won the Aintree Grand National on Monty’s Pass for Jimmy Mangan. Barry was born and bred in the racing industry as the son of trainer Tucker Geraghty and grandson of breeder Laurence Geraghty. The inciting moment of his career came in November 1997 when he rode his first winner in Down Royal on Stagalier. Since then he has accumulated a staggering 43 Cheltenham Festival winners including four Champion Hurdles, two Gold Cups, two World Hurdles and five Champion Chases. Crowned as Champion Jockey in Ireland in 1999, 2000 and 2004, he has had remarkable success within the industry with 1920 winners. In July 2020, Geraghty announced his retirement from the saddle. 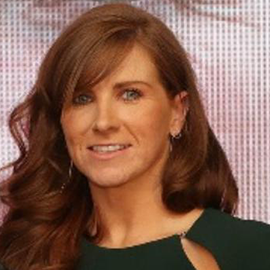 Lisa O’ Neill, from Garristown is a daughter of trainer and former jockey Tommy O’Neill. Lisa rode her first winner at a point to point meeting in 2011 to kickstart her career, and in 2017 she rode a winner at Cheltenham. She landed the JT McNamara National Hunt Chase at the Cheltenham Festival aboard the Gordon Elliott-trained Tiger Roll and followed up that win a couple of months later with another big prize as she won the Kerry Grand National for a second time on Potters Point. Lisa has enjoyed a fruitful partnership with Elliott over the last number of years, amongst other trainers. Lisa represented Ireland in the FEGENTRI World Championships where the best amateur riders of each country qualify to participate. Three times crowned Champion Lady Amateur rider she is an advocate for women in racing and is highly involved in initiatives now like the Ladies National Hunt Series, that have helped create opportunities and heighten the focus on lady riders in Ireland. 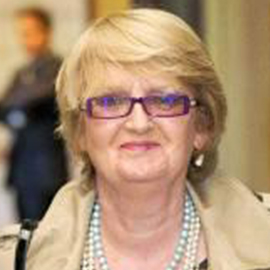 Margaret Davin, FCCA, has been nominated as a Board Director of Irish Injured Jockeys by Horse Racing Ireland. Margaret brings to this role a wealth of experience as the first CFO of HRI since its establishment having recently retired. Previous experiences encompass a range of Financial Directorships / Senior Financial Roles with leading Irish organisations such as the Kerry Group, Dunne’s Stores, Dublin Institute of Technology, Smithwicks Brewery, etc. Margaret is still involved in other Racing activities on behalf of Horse Racing Ireland

Sean Flanagan, Wexford native. Sean’s career started in RACE where he was associated with Martin Brassil, Dusty Sheehy and Liz Doyle who gave Sean his first winner in a point-to-point on a horse called Red Royalty at Tinahely in 2006. Sean spent two very successful seasons in America based with Jack Fisher in Baltimore. On returning to Ireland he was appointed stable jockey to Noel Meade in 2016. Sean’s first Grade 1 success came in 2017 with Disko followed by Road To Respect in the Leopardstown Christmas Chase. Sean gained his first Grade 1 success in Britain when the Henry De Bromhead-trained Identity Thief won the Ryanair Stayers Hurdle at Aintree in 2018.
Sean rode his first winner at the Cheltenham Festival when partnering the Noel Meade-trained Jeff Kidder to success in the Boodles Juvenile Handicap Hurdle in 2021. 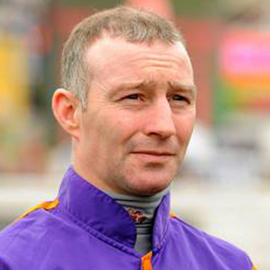 David Casey, from Co. Waterford, had a great start to his career, finishing as the Champion Conditional Rider with 21 winners just 2 years in. David has enjoyed an association with the Willie Mullins yard for nearly a quarter of a century, starting and finishing his career as a jockey in Closutton and now working in a more hands on position as assistant Trainer. A great career in the saddle saw David win some highly prestigious races including; The Irish Hennessy Gold Cup (twice), Thyestes Chase (twice), French Champion Hurdle (twice), The Galway Plate, The Galway Hurdle and the RSA Chase at the Cheltenham Festival. David felt it was important to get on board with Irish Injured Jockeys for the next generation of jockeys coming forward and having a good support in place for them. 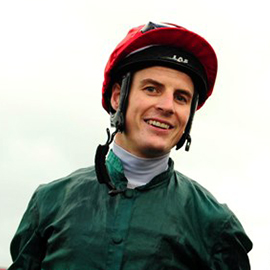 Fran Berry, son of 10 time jump jockey Frank Berry, succeeded early in his riding career gaining his first win on just his sixth ride. 2002 brought an exciting year for Fran when he became second jockey to top trainer John Oxx and totalled a career best of 48 wins during this flat season. In 2009 Berry was announced as number one rider and increased his number of wins to 88 that very season. He enjoyed a first Group 1 success on the Jessica Harrington-trained Pathfork in the 2010 National Stakes at the Curragh and also enjoyed notable success in Japan. He rode four Royal Ascot winners. Fran was forced to retire through injury in 2019. Having ridden for 23 years, he embarked on a media career and is now part of the Racing TV Team and also works with RTE Racing. 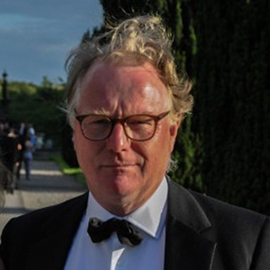 Julian Gaisford-St. Lawrence was born and brought up in Dublin and educated at Ampleforth College and Christ Church, Oxford. He spent nineteen years working as a fund manager in the City. He returned to Ireland in 1999 to take over the running of the family businesses on his father’s retirement. He was elected as a member of the Turf Club in 2004 and acts as a steward at a number of the racecourses near Dublin. He has served on the Turf Club Finance Committee and is a current member of its Compliance and Regulations Committee. He is also on the board of Irish Historic Houses Association, a registered charity. 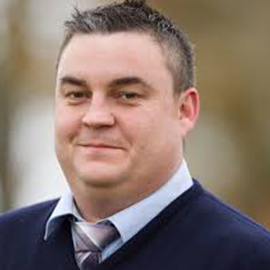 Eddie Scally was born and brought up in Westmeath, educated in Marist College, Athlone IT & Cornell University. Eddie worked in the hospitality industry for Treacy Group Hotels & Carlton Hotels before moving to Gowran Park in June 2012 to take up the role of GM. Eddie is a keen racing fan and has strong background in sport with affiliations to both GAA & FAI. Eddie is currently a board member with the Association Of Irish Racecourses. 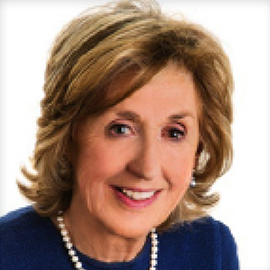 Mary Collins is a retired District Court Judge having sat on the District Court Bench in Dublin from 1996 to 2015. Prior to her appointment to the Bench she was senior partner in the Law Firm Porter Morris from 1978. She is a former member of the Hepatitis C compensation Tribunal Mary holds a Bachelor of Commerce Degree and Higher diploma in Education from UCD. Having completed legal studies in Kings Inns she was called to the Bar following which she completed her legal studies with the Law Society of Ireland and was enrolled as a solicitor./p> 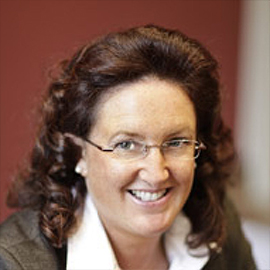 Susanna Cawley qualified as a practising solicitor in 1997. She holds a degree in Economics and Politics and a Masters Degree in Economics. Susanna practises in the area of private clients and commercial and corporate law. She is advisor to a number of charitable organisations and a Board member of a number of companies in the racing and financial sectors. Her passion in the area of corporate governance within the charity sector and her extended interest in the horse racing industry will be of great assistance to Irish Injured Jockeys.